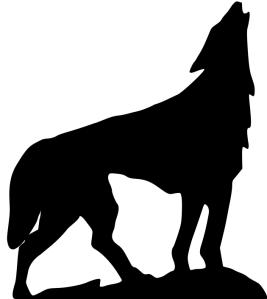 There once was a she-wolf who was born in a zoo. She was meant to be wild, but her mother had been captured while pregnant and so the young she-wolf entered life in captivity. When she came of age, she longed to escape the zoo. She told her mother: “I want to live in the wild, as I was meant to do, as you were deprived of doing. I’m going to roam the blue mountains, splash in the green sea, cross the purple desert, and in the wild world I will hunt and find a mate worthy of my spirit. Why don’t you come with me? ” But the mother wolf had spent so many years in the comfort of her cage, with regular feeds and cosy shelters, that she had not the will to leave. ” You are young, ” she answered, “you go. I have no adventure left in me.”

So the she-wolf left her mother and tiptoed into the world outside the zoo. There she found it hard to eat. Everything had been provided for her in the zoo, and she had no knowledge of how to hunt. She feared the farmers with their guns, and the eagles with their claws. She feared to kill lambs and deer, for she didn’t know how to be cruel. She feared to travel alone, and she feared to travel with unknown companions. So she returned often to the zoo and begged for food from her mother. One day her mother said to her : “you must decide between the zoo and the wide wild world. If you choose the zoo, you will be fed every day of your life. You will have warm hay as your bed and a roof above you when it rains. If you choose the world, you will have to hunt. You will often be hungry and thirsty, and you will not always find shelter. Other wolves will be your friends, but just as often your rivals. You will lose yourself sometimes, you might find it hard to find a mate at all, and you might lose your cubs to sickness and predators. You will be free. Now you must choose. If you leave the zoo I can no longer help you. You will be as safe as in the grave here, and as in the grave, you will have no spirit, and no mate worthy of your spirit.”

The little she-wolf was petrified. All night she shook and huddled by her mother. In the morning she left. She wandered the wide wild world. She climbed down to the sea, and up to the mountains. She crossed deserts and sweet water-meadows. She learnt to hunt and kill, she learnt to be cruel.  But one thing she had not yet found : a mate to match her strong spirit. In the zoo there were many animals, but only two wolves, so she knew nothing of wolf courting.  At first she chose a lion, dazzled by his royal manner and beauty, but she grew jealous of the lionesses, and annoyed at his laziness. When she grumbled to the lion he said – « that is my way. If you are not happy, go ». And so the she-wolf realised the lion, for all his magnificence, was no fit match for her. Next she tried to mate with a dove, attracted by his gentleness and sentimental song, but she tired of the song and the unwavering harmony, so she ate him. Then she met a monkey. His antics made her laugh, and his energy impressed her. She thought, what a perfect companion, I’ll never be bored, and I won’t have to do all the work. But the monkey was unstable, and one morning she woke to find him missing and a note pinned to a tree-trunk – « gone to Madagascar ».

The she-wolf became sad and lethargic. The world was too hard, she was tired of its demands, its lack of comfort. It seemed she would never find a mate and never find her place in the wild, with a pack of her own. She let herself drift, forgot to eat. Her coat became dull and her head bowed. Other wolves treated her with condescension, all the while showing off their beautiful cubs, their caves, their kills. Her spirit waned and she no longer wanted to live wild in the world. So she crossed the forest, intending to return to the zoo, where she could grow old in peace like her mother. As she reached the deepest part of the forest she saw a small lake in a glade and decided to drink and rest by it. She walked to the lake and bent her head to drink. In the black water she saw another wolf – an ugly, scrawny wolf. She sniffed but could not smell it. As she moved her nose down the other wolf moved up towards her.  She howled and the other wolf howled too but no sound escaped its mouth. The she-wolf felt great pity towards this other wolf that was so thin and silent and smell-less. She decided she would show it how to take better care of itself, how to hunt and wash and let out a howl that would reach the moon. She ran off and killed a hare, and brought it to the lake. She ate it to show the other wolf how it was done, how to avoid the bones and pick the flesh without ending up with a mouthful of fur sticking in the throat. She saw the other wolf had killed its own hare and was copying every movement. Then the she-wolf licked her coat and drank deeply. The lake wolf washed its own coat and reached up to the she-wolf, as in tenderness.

For a month the she-wolf stayed in the glade, leaving it only to hunt  She showed the other wolf- a she-wolf she was sure!-  the courting dance (for the lake wolf was patently alone), the way to make a comfortable bed every night out of fresh grass, how to stand straight and jump high. The lake wolf learnt fast. She still had no smell, and she still couldn’t howl, but the she-wolf noticed that her coat was shiny, her limbs strong and her back proud and well curved. The wolf in the lake had become beautiful. One day, as the she-wolf stood by the water, complimenting the silent wolf on her progress and telling her it wouldn’t be long before she found a mate, another wolf joined the wolf in the lake. He came slowly at first. The lake wolf let him come, but seemed almost to ignore him. Little by little he edged closer and started to nuzzle her. The she-wolf became jealous – her friend was getting so much attention ! She turned away, and saw that next to her was a fourth wolf, the most handsome she had ever seen. He growled softly. « Be my mate », he said, simply. « What ? » she thought, «no royal roar, no romantic song, no funny faces ? » The wolf seemed to read her mind. « No, do you need any of that ? I am your mate. I hunt, I roam the world, I lie down by lakes and I howl to the moon. And now I want to do these things with you. »  So the she-wolf mated with the wolf, and as she did so, she saw that the two wolves in the lake were mating too. She raised her mouth and cried a long woooooooouuuuuuw and the other  she-wolf answered with a silent arched howl.